The Sunday Hour radio programme celebrated its first anniversary at the beginning of September 2020. It was a programme of requests and dedications from the programme’s listeners as well as from Pastor Julian and Reverend Diana.

In late August we were in talks with  West Coast Radio 87.6 & 87.9fm and on-line  a station in Auckland that were looking for a “Faith Based” radio programme for their Sunday morning 8am slot. I sent them a recent programme (16/08/2020) for them to see what we were about. A few days later I had a message from the station manager to say they wanted to take the Sunday Hour and could they have it to start on 30th August.

Never one to hesitate I agreed and set to work on getting them the programme by the following 2 days.

The programme was duly prepared, playlist, script notes, and songs. It was then all put together, recorded, and sent off ready for Sunday 30th. (bearing in mind Auckland is 11 hours in front of UK) All the social media posts were also done and posted on their website and facebook page as well as all the social media sites in the UK. This was our 4th radio station taking The Sunday Hour

No two shows are exactly the same, they differ slightly in content and all shows are produced with mentions for the station and any local news that we can put in. It’s a personal show, and not just a generic programme that is mass sent out, we like to make it as personal to the listeners as possible.

The Sunday Hour on  WCRFM was aired for the first time at 8am on 30th August and myself and a couple of colleagues listened to it on Saturday 5th at 9pm in the UK. We even had 2 messages sent in from that first programme, and a request to be played the following week.

All the reviews so far have been positive and the second programme went out on 6th September, and we have further requests to go out on WCRFM this coming Sunday 13th September.

West Coast Radio 87.6 & 87.9fm and on-line are a fabulous station based in Auckland, broadcasting a mix of music and words across the musical spectrum. They have great presenters and you can see their schedule on their website. They also have a facebook page West Coast Radio Facebook where you can message, and interact with them. Go along and “Like” their page.

The Sunday Hour is proud to be part of their programming

The Sunday Hour is gathering more listeners and have been having some wonderful comments from some very learned people… I am humbled and blessed to be able to produce and present The Sunday Hour and I will continue to bring you all the very best Uplifting Words and Music as long as you want me to. 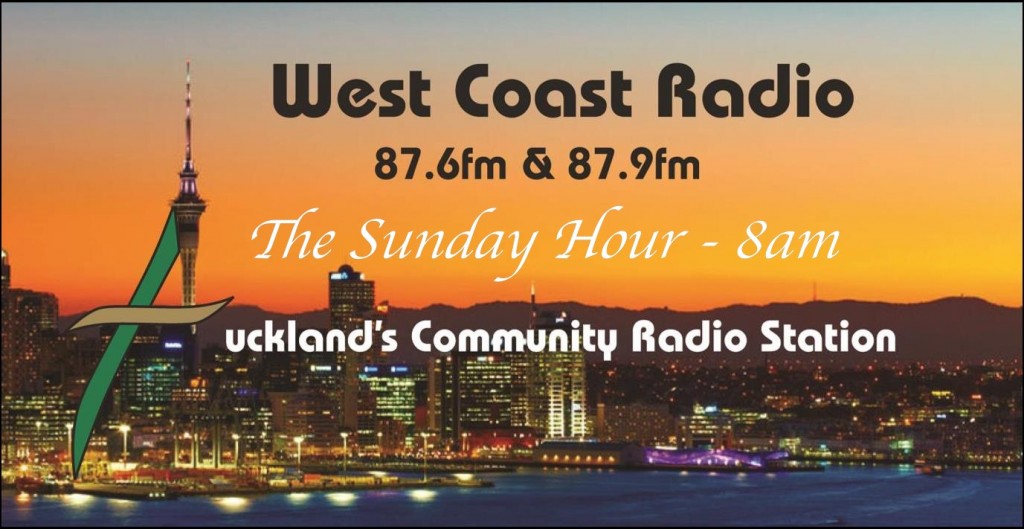 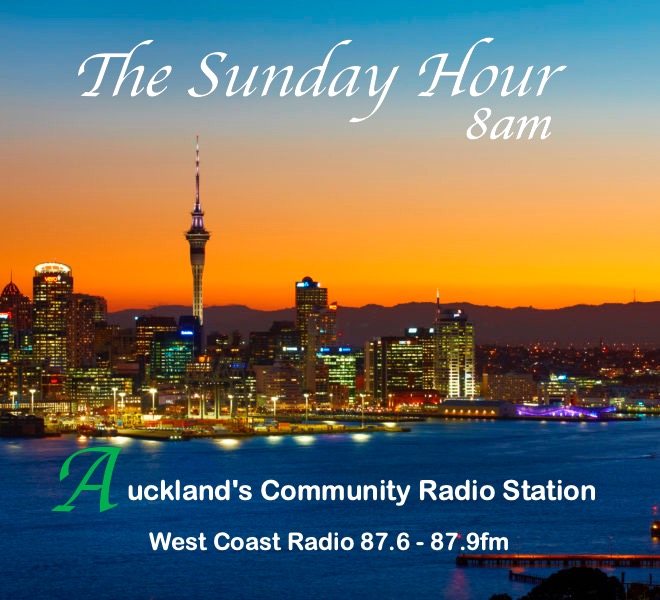 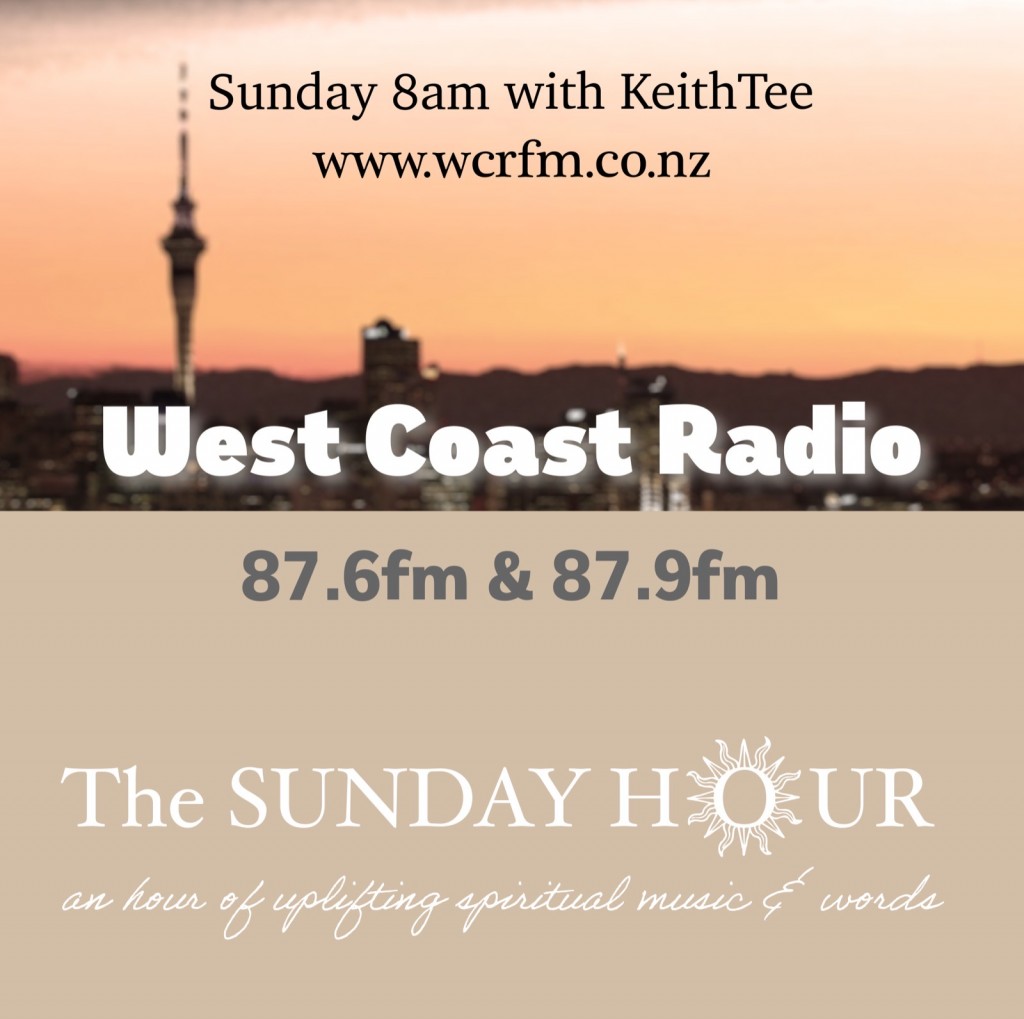